Teach you how to write a good backend

The concept of the back end is the underlying logic of the entire Internet world, which is often more important than the front end, and there are more things to consider.

The network is inseparable from the operating system, and the smallest embedded device also has a Linux system. Here we commonly use the operating system backend centos and Ubuntu. Centos is a free and open source community operating system under Red Hat. Centos has powerful and advanced features and better performance.
CentOS 8 was released on September 24, 2019. This version is different from the previous package library. It is mainly divided into two, one is BaseOS and AppStream, and began to use dnf as a management package program. Ubuntu is based on the Debian distribution and the Linux version of the GNOME desktop environment. It has a large number of users. Using it as a server, solving problems is not a problem.

Here we commonly use Nginx, which is a web server like Apache. nginx uses asynchronous non-blocking multi-threaded architecture, which saves space more than apache multi-process. Nginx uses an event-driven architecture, which enables it to support millions of TCP connections. Powerful performance has become the best choice for hundreds of millions of users. Domestic companies have also revised nginx, and Tengine developed by Alibaba has been applied to projects such as Taobao.com.

Here we use MySQL data for common projects. MySQL is open source and free. As the strongest representative of relational databases, hundreds of millions of services are using the msyql database. In addition, the postgre database is also a good choice and its functions are more powerful. For in-memory databases, we choose redis to be the best choice for caching data. You can also use redis for distributed.

Recommend vscode, Microsoft’s free tool, you can download various plug-ins, an editor can complete the writing of code such as python, Java and node at the same time. It does not take up much memory and is the best choice for students with small notebooks. However, if you use the jetbrain series software, you can buy it, but the price is not cheap. Pycharm charges $ 199 a year. 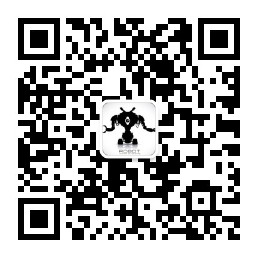